The real state of mindfulness is a state where the mind is completely still but at the same time completely alert, where one transcends all thoughts and is completely “in the now”.  This state can not be reached by trying to be mindful.  The more one tries, the more one keeps the mind actually active. Nevertheless, it is only this state that can really create the profound effects of meditation. The technique to transcend has been lost over time because people started the interpret “meditation” incorrectly.  Meditation was made much more difficult that it really is.

Mindfulness came to the West from Buddhism, but in the East more than 3000 Buddhist monks, in 100 monasteries across Asia recently learned the TM technique. They discovered that mindfulness is not an experience one has to try to reach through various exercises, but it is the natural consequence, something that is spontaneously experienced, with the experience of “nirvana”, the experience of transcending.  Through the TM technique, this experience is reached automatically, in a natural way, without effort or concentration.

The real effects are created by transcending

An exceptionally deep state of rest

Here is a video of the David Lynch Foundation containing examples of how powerful this is for those who have to deal with very heave stress, and why more and more scientists, educators, celebrities and governments are supporting the TM technique.

Stress has a direct impact on how our brain works.  Under stress, the production of the “happiness hormone” serotonin decreases.  A shortage of serotonin doesn’t only influence our inner feeling of happiness, but it’s also connected to migraines, insomnia, anxiety, anger outbursts, alzheimers, eating disorders and many other health issues.  One can try to artificially increase serotonin in the short term (for example through anti-depressants), but this only treats the symptoms, not the real problem itself.

The experience of transcending on the other hand, activates the body’s inner healing power, so the brain can function normally again. The consequence? A completely natural increase in serotonin production during the TM practice, and eventually also in the long term [5]. This has benefits for all areas of life, as you can discover on this site.

Transcending doesn’t just impact our health, our welness, our self-confidence or our relationships, but even influences our brain development, even in adults, whose brains are supposed to be fully developed already.  How can such a simple experience have effects on the brain that till now were considered impossible (like disappearing of ADHD, increasing of IQ and creativity in adults etc) requires a bit more explanation (see transcending = highest human experience).

But the effects themselves can be clearly measured, for example through EEG coherence measurements. 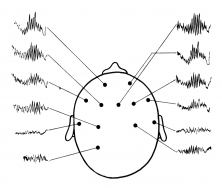 The more somebody has this experience of high EEG coherence, the more the brain will start to get used to this state, so EEG coherence outside of the TM practice will also start to rise.  A higher EEG coherence is associated with higher IQ, more creativity, more emotional stability, better reflexes, more ethical thinking etc ( for more information, see  transcending = brain development ) 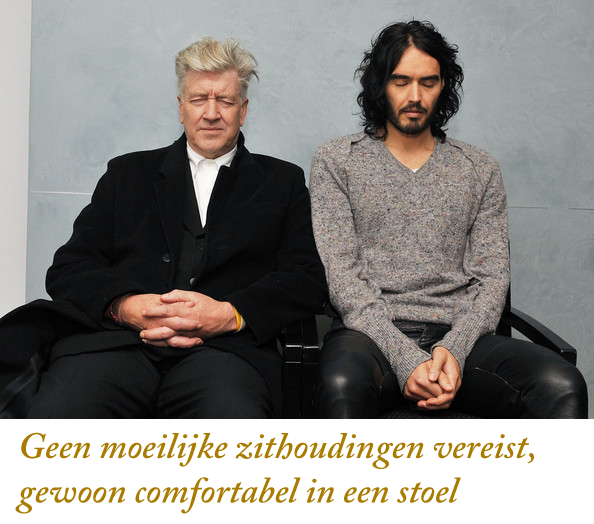 When one thinks about “meditation” today, one usually thinks about some form of forcing the mind to reach a state of inner silence, through some form of concentration (on a sounds, the breath or “being in the now”).  However, this restraining of the mind is against its nature, demands a lot of disciplined practice and is just not pleasant.

The Transcendental Meditation technique is taught individually, by a professionally trained teacher who is able to lead anyone in a completely natural way to the experience of transcending.
If one has had this experience once, then the mind remembers it and afterwards it can go back there spontaneously, in a totally natural and effortless way, provided that one uses the correct technique. This technique is taught step by step, during four consecutive meetings.  This initial training course is followed by a extensive program of follow-up meetings to ensure continued correct practice.

Even in the oldest scriptures in the world, the experience of transcending is described as an essential experience for health, happiness and the full development of our human potential.  Transcendental Meditation is the re-discovery of the completely natural formula to reach this state. (see what is TM?).